The prolific British designer Tom Dixon has created more than 150 innovative products including chairs, lighting, leather accessories, tables, and candleholders. He has also published two books, The Interior World of Tom Dixon (Conran Octopus, 2008), and 2013’s Dixonary (Violette Editions), in which he talks about the inspiration behind his design career. And the man’s not done designing yet. Last week, Dixon wrapped up his latest tour—with stops at Inform Interiors in Seattle and Vancouver, B.C.—to display a host of new products for the first time in North America: Ball, Y Chair, Beat Light Brass, Etch Shade Black, and Cog. We snuck in some time with the British industrial designer before his talk in Seattle to learn a little about what keeps him cranking out the work.

It all happened in a very accidental way. I was always interested in making things, pottery at school for example, but when I was younger, I was a musician [bass guitar] for a while. I had a couple of accidents and stopped playing, but in the meantime, I was making things [experimenting with metal, working on chairs and lighting], people started buying them, and then later on, people started calling me a designer.

There is a very specific “Tom Dixon” look. What inspires all the unique designs of your products?

My initial motivation was the joy of actually making things with my own hands. I like having ideas for products and seeing if I can see them through to fruition, and then seeing if people will actually buy them. I also really like the factory visits and encounters with the technicians, as well as trying to work out whether you can get a machine to do something different [in production]. The rest comes from contemporary sculpture, architecture, and engineering.

What is your favorite piece from your collections?

I don’t have favorites of anything. I like diversity, but really I live in a perpetual state of dissatisfaction with what I’ve done—I don’t feel like ever cracked it, but that’s what gets me doing the next one.

Do you see a difference between contemporary British and American design?

I see a huge difference. I think it’s a good time for American design right now. It seems to be waking up a bit to contemporary possibility after being pummeled by midcentury modern and Martha Stewart—there’s nothing wrong with her, but that look is a little precious. On this side of things [America], the world of interiors was stuck for so long in the golden period of innovation, which was the ‘50s and ‘60s, but now with the new tools that link the digital and physical world for making things, there is a real awakening for unlimited possibility.

What’s next for you?

I’m designing a hotel with Morgans Hotel Group in London. It’s located by the Tate Modern and has 350 rooms, which is the biggest interiors project I’ve ever worked on. It should be open by August. I’ve also started playing the bass guitar again. 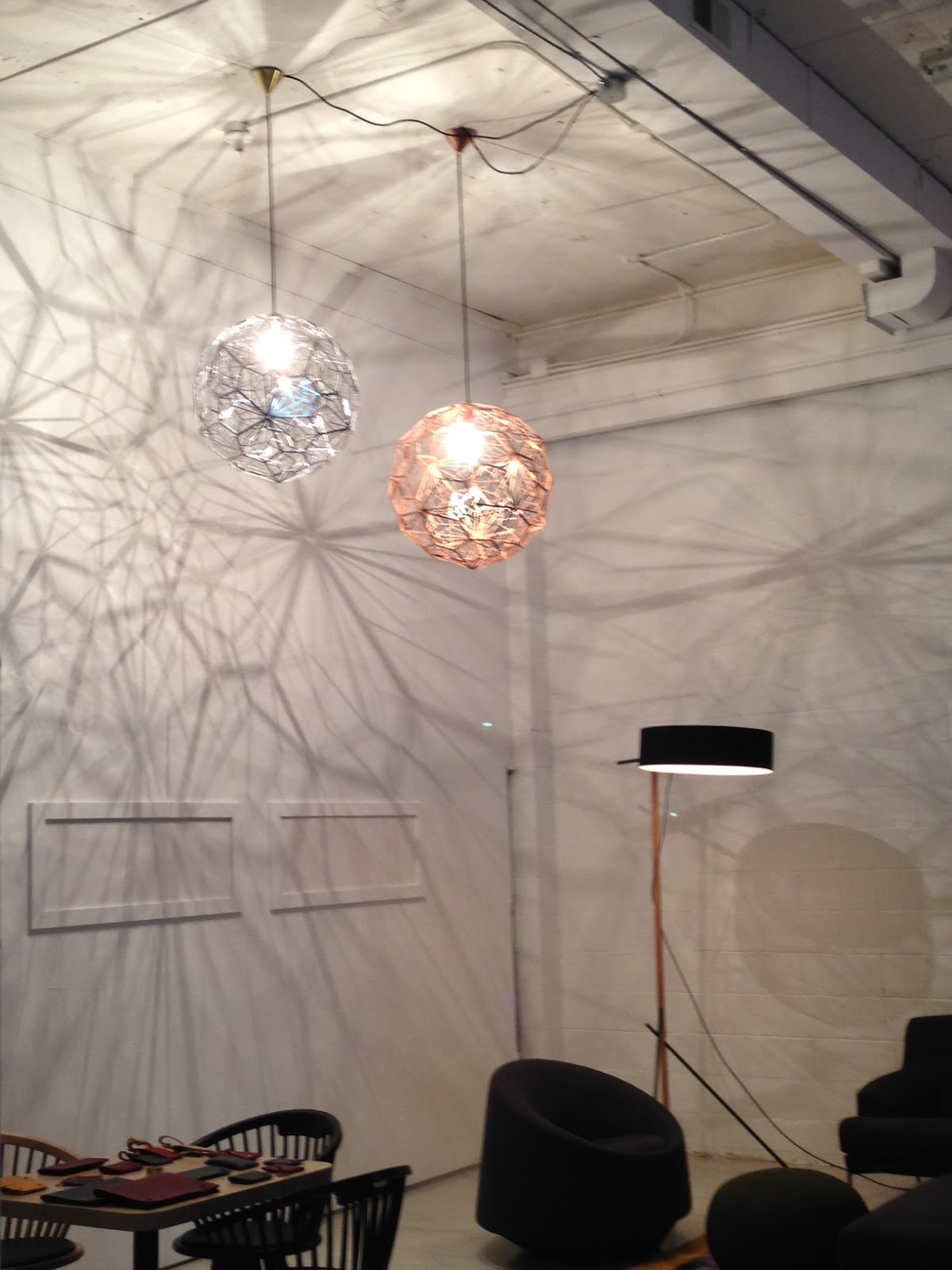 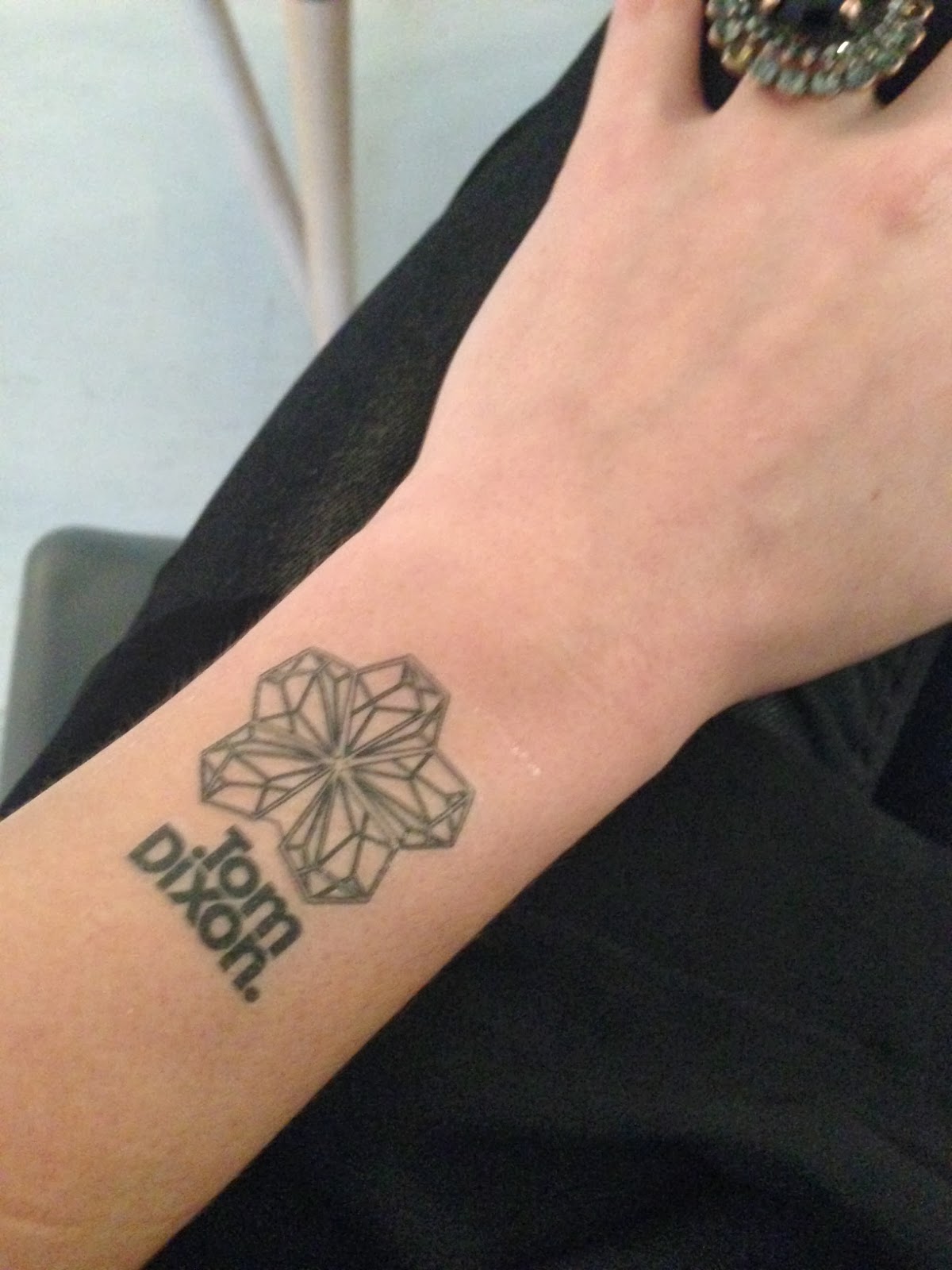 Inform Interiors made custom temporary tattoos to reflect the pattern on the Etch light (above right).

Posted by Rachel Gallaher at 1:44 PM