A while back, I was invited to a party at the studio of Seattle industrial design firm Graypants. Upon arrival, I discovered that the studio is located in an old industrial warehouse in the gritty Sodo neighborhood, backboned by thick wood beams, with soaring ceilings and an open floor plan. (OK, I’ll admit I was a little jealous—it’s beautiful. An office like that would be a dream.)

While there, I mistakenly commented on the shelves of records lining one wall of the room, to which Alan Marrero, the Graypants custom shop and production lead replied, “Those aren’t records. … That’s cardboard.” Of course it was cardboard; the firm’s wildly popular flagship product, the scraplight, is also handcrafted from recycled cardboard—Graypants has made cardboard its signature material.

After a brief discussion about the fact that the scraplights are made only with laser-cut cardboard and Elmer’s glue, which I didn’t believe, Marrero invited me back to the studio later to watch the process and make a scraplight of my own.

“If it’s really good, we’ll sell it,” he said, “and if you’re lucky, and it isn’t up to standard, then you’ll probably get to keep it.”

***
Graypants was started by Seth Grizzle and Jonathan Junker. The two formed the idea for the industrial design company when they were college roommates at Kent State University.

“We found ourselves both living in Seattle practicing architecture but missing the joy of creating objects with our hands,” Grizzle says. “Our creativity needed another outlet.”

The duo started entering gallery exhibitions and competitions, which eventually led them to experimenting with discarded materials—and a little dumpster diving here and there. Their idea became official in 2007.

Today, in addition to their studio in Seattle’s industrial Sodo district, they have a studio in Amsterdam. And their product line has grown, too, to include multiple types of lighting and furniture. Last year, they won the 2013 AIA Seattle Honor Award for their debut architecture project—a repurposed waterfront garage turned into a striking contemporary glass-walled cabin on Washington’s Vashon Island.

But, when it comes to their products, why cardboard and glue?

“We were tapping into our inner elementary childhood days,” Grizzle says. “Truthfully, working on one of the chairs for the 2008 Drop City Gallery “Take a Seat” exhibition (a show highlighting sustainable chairs) is when we noticed the beauty of cardboard as a lens or diffuser. As far as the materials themselves, we just wanted to be responsible and not use anything toxic. We also wanted to create something from what others threw away ... abstract it, and still be able to have that be fully recyclable. We wanted others to be able to give that object another new life in the future.”

***
When I arrived at the Graypants studio after the party, Morrero had set up a little scraplight station complete with the laser-cut pieces and a good old bottle of Elmer’s glue. The process of assembling the light was as easy as layering glue between rings of cardboard. The tricky part was not using too much glue (trust me, it is tricky), and lining up the cardboard rings just right in order to get the most aesthetically pleasing look when the piece is lit.

Although Morrero said I did a good job, I wasn’t quite up to the Graypants standard (lucky for me!) and the light now hangs in my bedroom—a conversation starter for almost everyone who comes to my apartment.

Product assembly was a fun experience, but for now, I’ll just stick to writing about design. 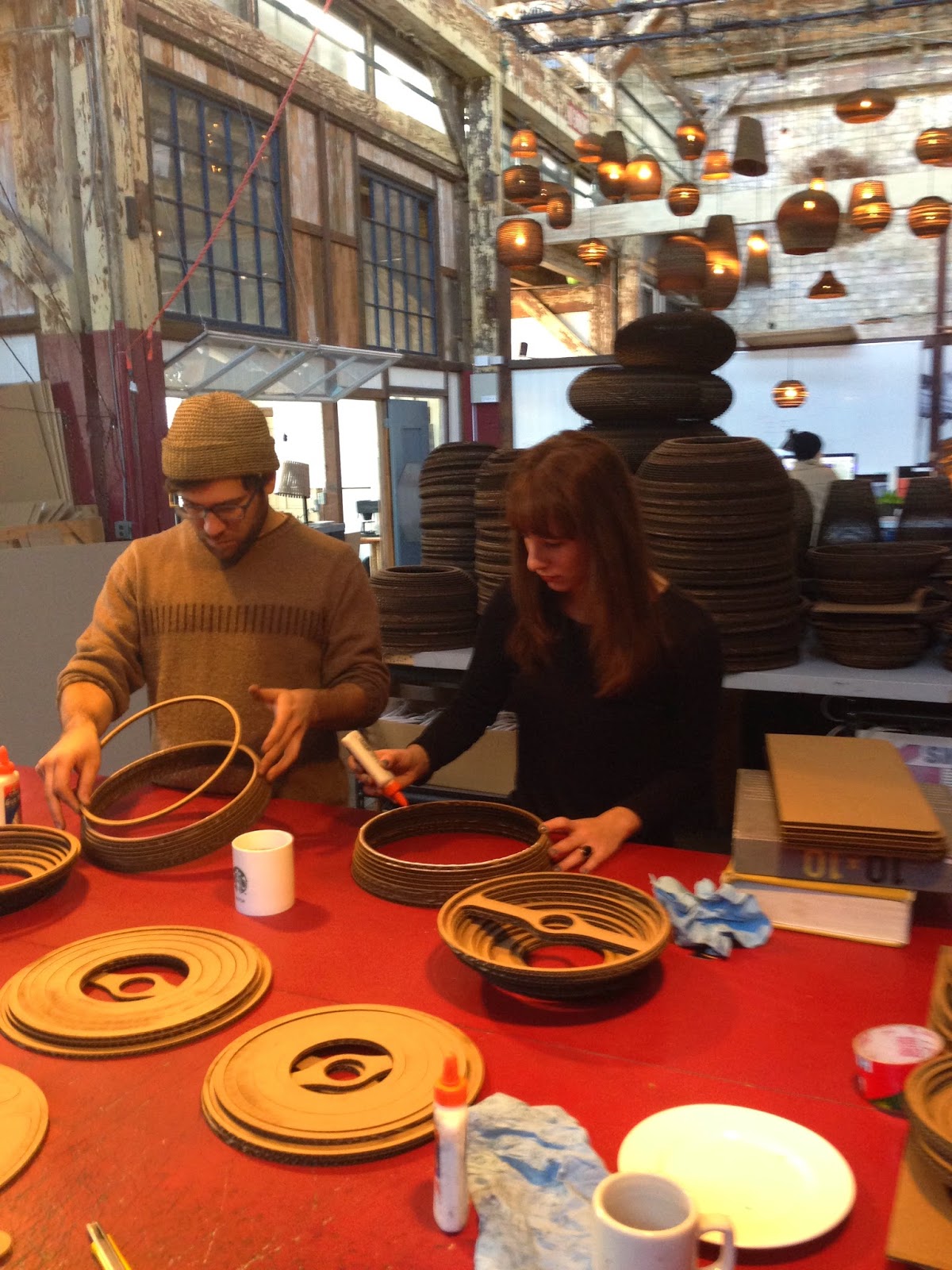 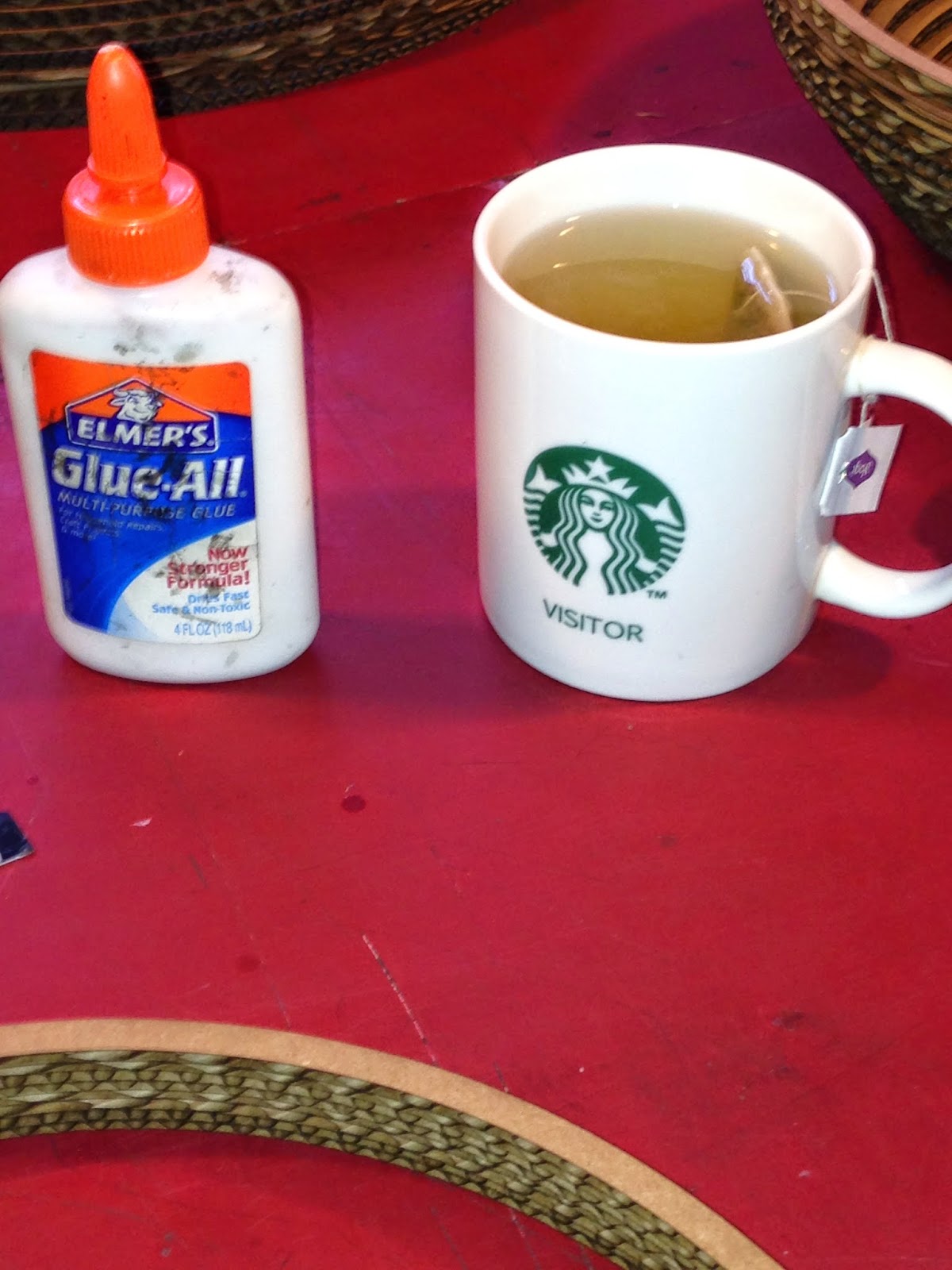 Posted by Rachel Gallaher at 9:30 AM